Posted by Conversation Team on January 26, 2017 in Resources 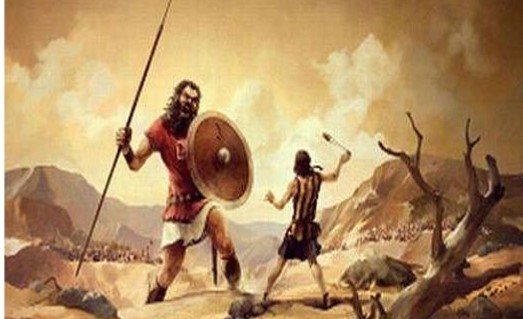 As a friend remarked as he read through the Bible, “There’s a lot about David!”

David is the subject of 1 Samuel through to 2 Kings 2 and from 1 Chronicles 11 through to the end of the book. That is 76 chapters! Add the Psalms attributed to David and you reach over 150 chapters. That is roughly one sixth of the whole Old Testament. His name comes in the Old Testament about 835 times – compared to 158 times for Abraham and 715 for Moses. By any measure he is a towering figure. He is the Prophet-Priest-King (2 Sam. 23:1-5; 24:18-25); the one above all whom God fixes his heart on to use, bless, confirm and exalt (1 Sam. 13:14). The one who plans, provides for a commissions the great Temple of the LORD (1 Chron. 22-29) which Solomon merely executes.

Then following on from the actual account of the life of David, continuing into the Books of Kings and Chronicles, the name of David comes up again and again as the subsequent kings of Judah are compared to David while judgment is restrained ‘for the sake of David.’ The Song of Songs paints a picture of a bridegroom who is not only Solomon-like but also David-like – a shepherd king. Then the Prophets repeat and add to the great promise of 2 Sam. 7, telling of one who will reign on David’s throne (Isa. 9:7), another kingly Son of Jesse (Isa. 11:1), the Second David (Ezekiel 34:23-24; 37:24-25; Hosea 3:5).

This is the one who came to sit on the throne of David (Luke 1:32). Even though the Kingdom has been bitterly divided for a thousand years and the northern tribes lost, this king will reign over all Jacob’s descendants and fulfil the promise of the forever king (Luke 1:33).  John the Baptist, as Tim Chester has observed, reminds us not only of Elijah but also of Samuel – a Levite, born to a barren woman, the prophet to go before the Davidic king (Luke 1:69, 76), receiving the Word of the LORD for the first time after a long famine of the Word (Luke 3:2 cf. 1 Sam. 3), the one who identifies the King and officiates over his ‘anointing’ (the baptism). The theme of Jesus’ table fellowship with the unworthy in Luke’s Gospel also resonates wonderfully with the story of Mephibosheth.

Matthew, in his account of the gospel, is perhaps the strongest of all – introducing Jesus as the Messiah, the son of David, reminding us of the promise of a Shepherd from Bethlehem (Matt. 2:1-7) and highlighting the conflict with the other King of the Jews (Matt. 2:7-18). The whole Gospel is heavy in emphasis on the in-breaking of the Kingdom and the King.

Then we could pursue the significance of the David theme on into the rest of the New Testament – e.g. how Paul interestingly chooses to summarise his gospel with reference to David (Rom. 1:3; 2 Tim. 2:8) – but this post is already getting too long.

What difference does seeing the significance of David and the parallels with Jesus practically make:

← Roho Mtakatifu ni nani?
The art of saying No →